Restructuring of the world energy economy is needed

How could annual CO2 emissions be held at 7 billion tons, not 14, over 50 years?

Theorized that advancing technology would allow CO2 emissions to be cut to a level that natural CO2 sinks can absorb.

It is time to shift to the most promising energy technologies.

4   A revolution in lighting technology

Lighting sector is on the edge of a spectacular revolution.

Perhaps, the quickest and most profitable way to improve energy efficiency.

The first advance in this field

In February 2007, Australia announced the phase-out plan of incandescents by 2010.

In early 2009, the EU approved a phase-out of incandescents.

Brazil started a program to replace incandescents with CFLs ⇒ 50% sockets have CFLs.

In 2007, China announced a plan to replace all incandescents with more-efficient lighting.

India was planning to phase out incandescents by 2012.

5.2   Retailers are joining the switch

Walmart began a marketing campaign in 2007 to boost CFL sales.

Ultimate in lighting efficiency, but still too costly for most uses

Traffic lights: 52% of the US market

Exit signs in buildings: 88% of the US market

New York cut its annual bill by $6 million by shifting to LEDs in many traffic lights.

Would save taxpayers $48 million over the next seven years.

Would result in reduction in carbon emissions equivalent to taking 7,000 cars off the road.

6.2   Universities are getting involved

Save even more energy by turning lights off when not in use.

Numerous technologies for doing this

LEDs with these technologies can cut energy consumption to <10% of that with incandescents.

Savings from both lower energy costs and the elimination of maintenance > the higher initial cost.

9   A revolution in lighting technology

What can a different light bulb do in terms of saving energy?

Over the ten year lifetime of a CFL compared to an incandescent bulb, one could power a Prius hybrid from NY to SF.

Shifting to energy-efficient lighting would cut the energy share of lighting from 19% to 7%. 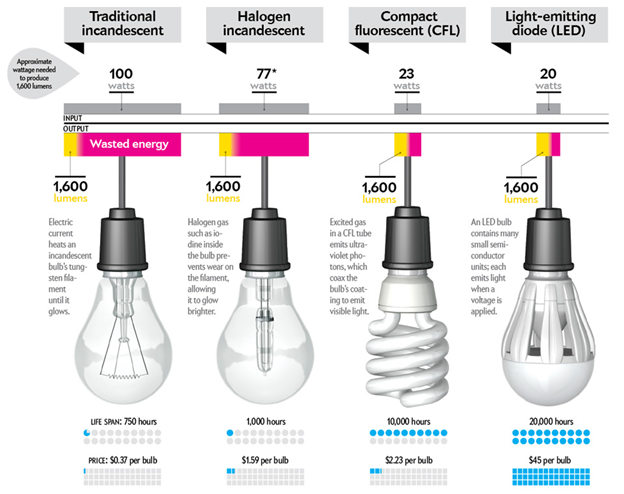 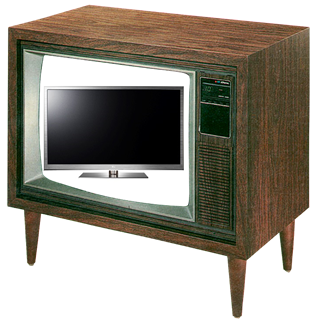 In UK, some Cabinet members are proposing to ban plasma TVs. 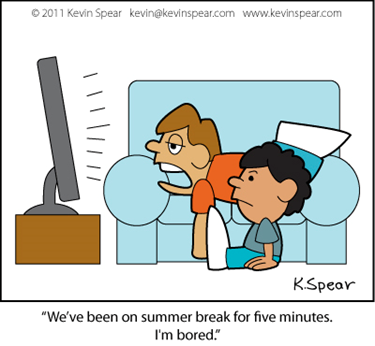 The Organization for Economic Co-operation and Development (OECD) put savings from reducing standby power at the top of the list.

Electricity used in standby mode worldwide accounts for up to 10%.

Its cumulative use is substantial.

South Korea caped standby power use by appliances to 1W by 2010.

Australia was doing the same by 2012.

In the US, 5% of residential electricity use is from standby mode.

If China were to lower its standby losses to 1%, a far larger number of plants could be closed.

Standards for most appliances established by 2005 are not strictly enforced.

Other provisions incentivize and encourage the adoption of energy-efficient technologies.

Would close an additional 37 coal-fired plants.

Overall, projected to reduce consumer energy bills in 2020 by > $20 billion.

This Act was not fully enforced prior to President Obama’s election.

Europeans use half as much electricity as Americans do.

They still have a large potential for reducing energy usage.

The world’s most dynamic system for upgrading appliance efficiency standards.

The most efficient appliances marketed today ⇒ Standard for tomorrow

A 2008 report indicates that the program is running ahead of the initial goals.

Consumers often do not buy the most energy-efficient appliances.

If societies adopt a carbon tax, the efficient appliances would be attractive.

More than 1,283 new coal-fired plants that the International Energy Agency (IEA) projects by 2020

Architectural schools are changing the ways they educate future architects

Infrastructure is needed for more hybrids and all-electric vehicles to be in mass use.

What about electric car service stations in the future?

Our modern society is based on throw-away economy.

The production, processing, and disposal of materials waste materials and energy.

30% of the world energy consumption ⇐ Production of new materials 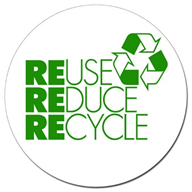 Energy savings from recycling or reusing materials to make something new 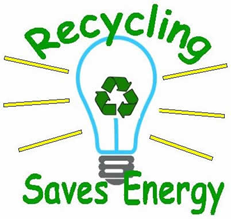 Many countries charge customers a fee for not bringing their own bag.

Do YOU use recycling bins at home and school? 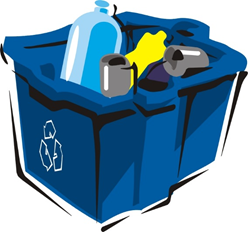 Reward consumers for conserving energy use during peak times 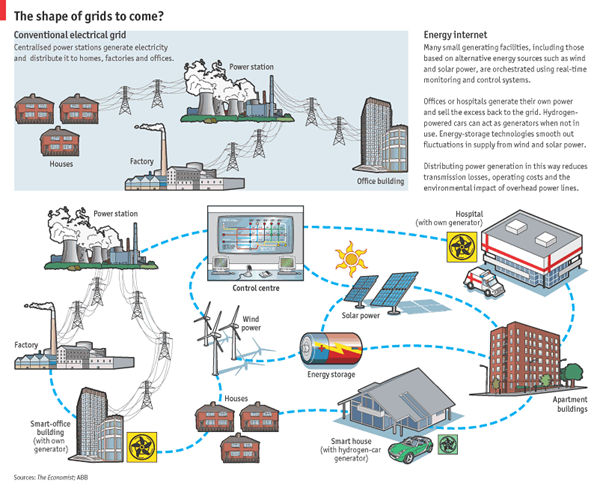 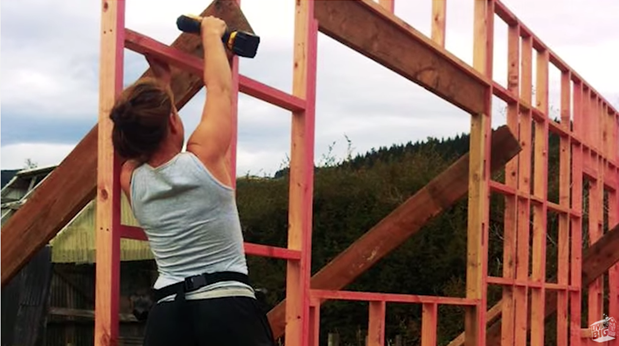 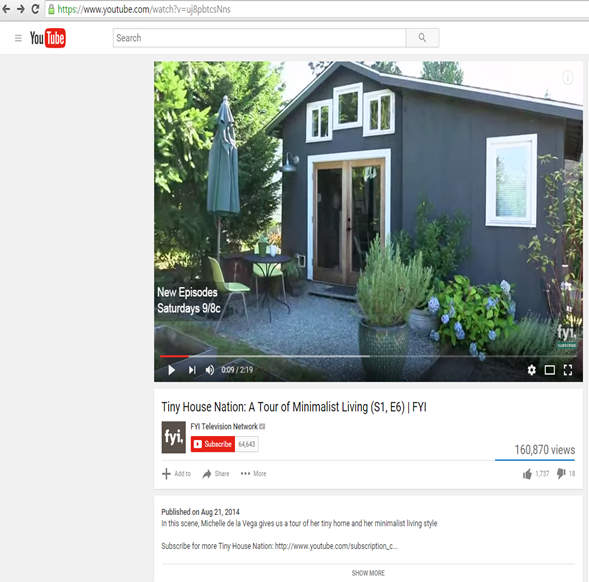 Identify energy saving measures to offset the 30% growth in global energy consumption projected by the IEA by 2020.

Shifting to energy-efficient lighting lowers world electricity use by 12%.

Reducing the reliance on the urban car for transportation

Recycling plastics could cut energy use by 32%.

Converting to renewable energy sources and technology is fairly easy to do.

Moving to diversified transportation systems not reliant on fossil fuels

Increase carbon tax to $55 per ton of CO2 generated, offsetting with a reduction in income taxes

However, it does not cover all the costs of burning fossil fuels.

Calculate your daily carbon footprint (individually and as a team) approximately for different daily activities. You can find many carbon footprint calculators online. Present your data that you used in the calculator, and carbon emissions for those items. For example,

And take the average of your team members’ carbon footprint.

Think about what you would change permanently if you have to change only one thing in your life style to reduce carbon emissions.