Universal access to education will narrow the gap between rich and poor segments of society.

57-75 million children around the globe are currently not enrolled in school.

The key to breaking out of the culture of poverty is education—particularly of girls. As female educational levels rise, fertility falls.

Ethiopia has pioneered this with Girls Advisory Committees.

Representatives of these groups go to the parents who are seeking early marriage for their daughters and encourage them to keep their girls in school.

Some countries, Brazil and Bangladesh among them, actually provide small scholarships for girls or stipends to their parents where needed, thus helping those from poor families get a basic education.

In 2016, 263 million children, adolescents and youths were out of school.

Nearly one-fifth of the global population of this age group. 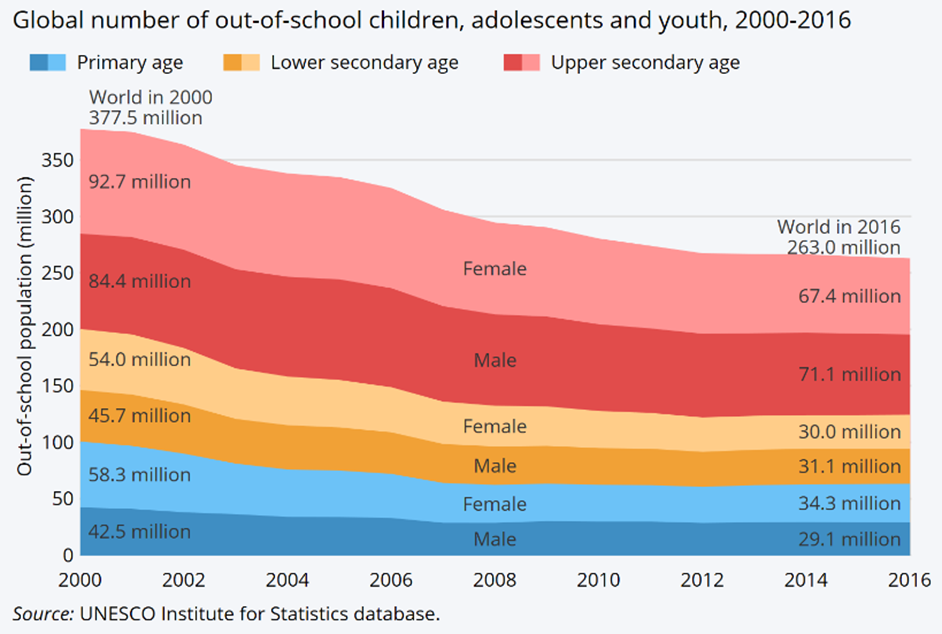 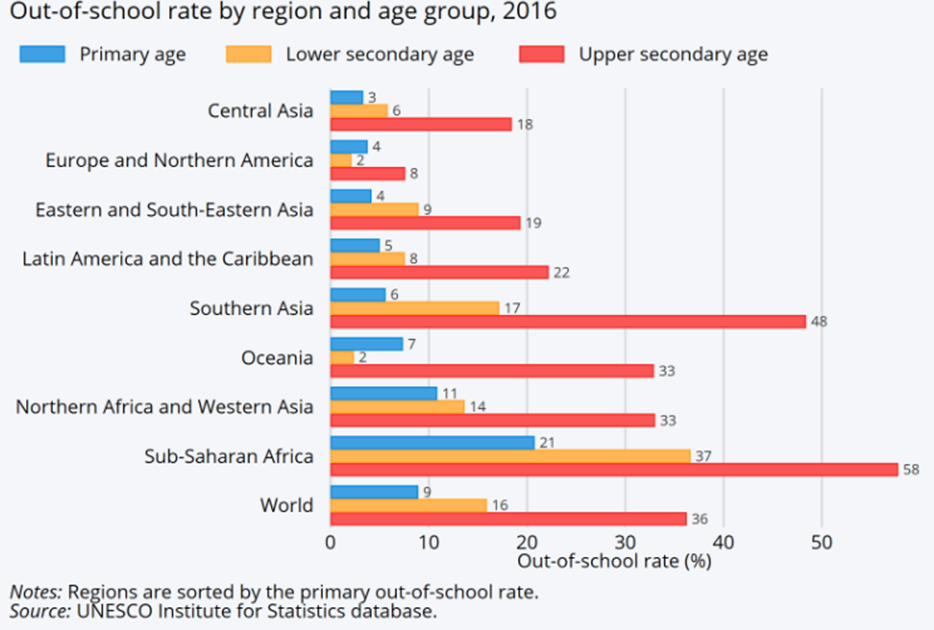 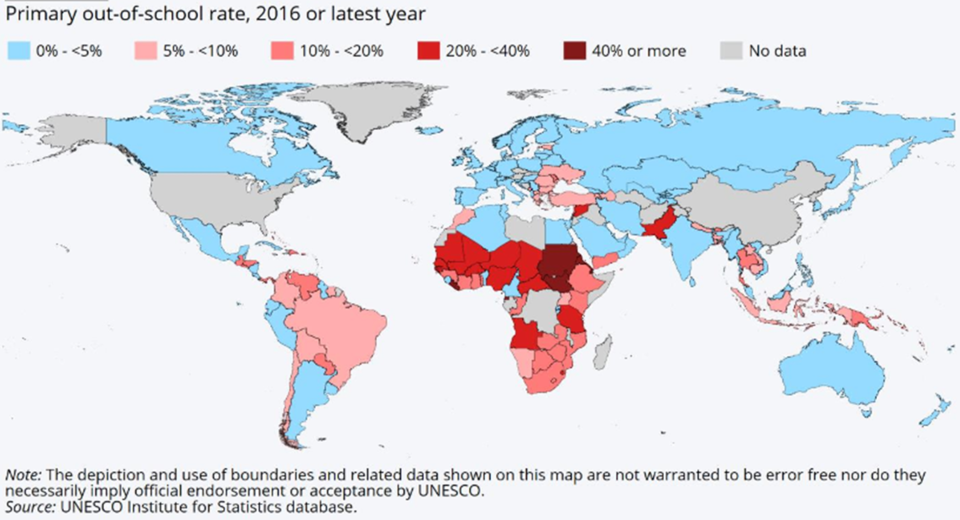 5   Youth not in employment, education or training (NEET)

6   Toward a healthy future

Developing countries suffer from infectious diseases such as

Child mortality is high because of lack of available vaccinations. 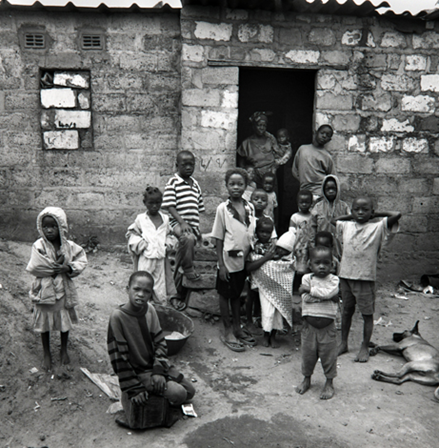 Egypt alone used oral rehydration therapy to cut infant deaths from diarrhea by 82% between 1982 and 1989.

Ensuring access to a safe and reliable supply of water for the estimated 1.1 billion people is essential to better health for all.

Many cities may be to bypass efforts to build costly water-based sewage removal and treatment systems and to opt instead for water-free waste disposal systems or dry composting toilets which do not disperse disease pathogens.

Guinea worm disease can be prevented by filtering drinking water.

Smallpox has been eradicated.

Polio is only in a few countries now.

AIDS has disrupted economic and social progress in Africa.

Tobacco-related illnesses are preventable by eliminating tobacco use.

7   Poverty on a global scale

Nearly a billion people are illiterate.

Less than 1% of what the world spent on weapons every year could put every child into school.

“One billion children (1 in 2 children in the world) live in poverty.”

About 21,000 children die every day around the world.

→ One child dies every 4 seconds.

Do they make poor decisions?

What about their governments in globalization?

This article shows tons of graphs over poverty across the world.

This information shows us the population growth around the world.

Pretty cool to see how many births and deaths today alone and over the past year.

Along how quickly the population is increasing.

You can also click on different countries to see their population.

Some countries have created legislation to regulate family size, such as China’s One Child Policy.

Some countries encourage education about family size and contraception.

Iran was the first country to require education on sterilization and birth control prior to issuing a marriage license.

TV ads sponsored by governments and Mexican soap operas encourage people to seek out contraceptives and have reduced the birth rate in these countries.

A Failing State is a political term referring to a national government who is likely to dissolve because of bankruptcy, losing a war, or unable to meet the basic needs of their citizenry.

If the number of failing states continues to increase, at some point, this trend will translate into a failing global civilization.

Colombia has an improving economy because of strong coffee prices and better government.

A fierce effort to root out corruption and a multinational U.N. Peacekeeping Force of 15,000 troops who maintain the peace, repair roads, schools, and hospitals, and train police have brought progress to this war-torn country of Liberia.

Financial support for grassroots programs, including teaching in schools and helping to organize family planning, tree planting, and micro-lending programs can help countries improve their status.

Increases in fuel and food prices have pushed 130 million people below the poverty line.

For many developing countries, the reform of farm subsidies in aid-giving industrial countries and debt relief may be equally important.

13.3   Farm subsidies in the United States

U.S. farm subsidies depress prices of exports from developing countries, the subsidy for converting grain into ethanol raises the price of grain, which most low-income countries import.

In effect, U.S. taxpayers are subsidizing an increase in world hunger.

An estimated \$10 billion in external funding, beyond what is being spent today, is needed for the world to achieve universal primary education for children.

An adult literacy program to educate 800 million would cost \$4 billion per year.

Launching school lunch programs in the 44 lowest-income countries would cost an estimated \$6 billion per year beyond what the United Nations is now spending to reduce hunger.

Many illnesses are preventable.

At only 3¢ each, or \$441 million, the cost of saved lives by supplying condoms is minuscule compared to the cost of treating AIDS.

In an effort to fill a gap in this global program, the Bill and Melinda Gates Foundation has invested more than \$1.5 billion to protect children from infectious diseases like measles.